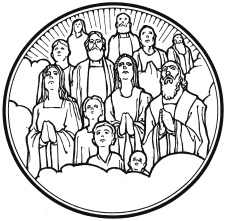 With the gradual (and the Alleluia/Verse) we maintain a part of the Divine Service that was known by Christians at least as early as the first half of the third century AD. The gradual takes its name from the Latin word for step, gradus. It was chanted from the step where the First Reading and Epistle lesson were read (the lectern’s location).

Originally, the gradual was sung responsively by the congregation and the liturgist. Later, it was sung only by the liturgist. In Rome Gregory the Great put an end to clergymen singing it in 595 AD. It was then sung by a soloist and the choir. When the Church had only two readings, the singing of the gradual covered the sound of the liturgist’s movement between the Epistle and Gospel steps (lectern and pulpit).

While there are a few exceptions, the texts of the graduals, like the introits, are usually taken from the Psalms. The early Church sang entire Psalm for the gradual as do some congregations still today.

Today’s sermon is on the words Jesus spoke to the royal official in John 4:48. St. John tells us that he included the signs (miracles) Jesus did so that his readers would believe in Christ. The Divine Service starts at 10:30 AM. 795 Berding St. Ferndale, CA #Humboldtcounty #visitferndale
The sermon podcast has been updated. Check out the SERMONS page at our website to listen or subscribe.
Come and hear the good news at 10:30 AM. 795 Berding St. Ferndale, CA. #visitferndale #humboldtcounty #lostcoastlutheran
What is there to fear about Judgment Day? For the Christian? Nothing! Come learn all about it this morning. The Service begins at 10:30 AM. #visitferndale #lostcoastlutheran #humboldtcounty